The Mine With the Iron Door - Film Fest Tucson

The Mine With the Iron Door

Having acquired the controlling interest in the Eureka Discovery Corporation Bob Harvey sets off with his new partner to find the buried treasure of San Capello with very strange consequences. Based on the 1923 book of the same name by renowned best selling early 20th century Tucson author Harold Bell Wright, the film was shot entirely on location in the Tucson area, in the spring of 1924 and was a milestone in the cinematic history of Arizona. The film was considered lost until two surviving prints surfaced in the Moscow Film Archives and the French Film Archives in the early 2000s. The film originally premiered at the Historic Rialto Theater in the fall of 1924. Live musical accompaniment in conjunction with the Tucson Symphony Orchestra. Presented in conjunction with the Tucson Historical Preservation Foundation. 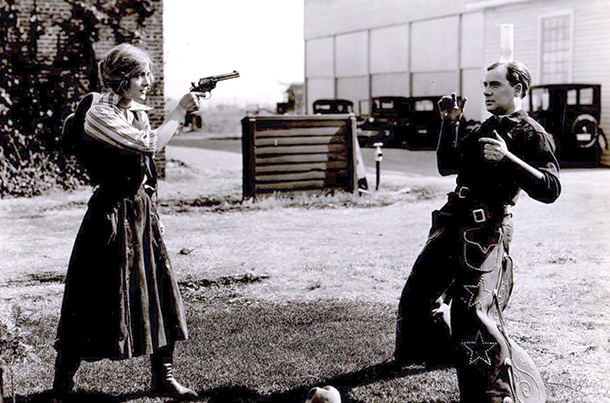