Bernard and Huey are old friends who haven’t seen each other in years. When Huey reenters Bernard’s life, neither of them will ever be the same. Bernard starts dating Huey’s daughter and Huey seduces various women in Bernard’s life. Eventually, one of them may wind up marrying a woman their own age. Based on characters that originally appeared in Jules Feiffer’s Pulitzer Prize-winning Village Voice comic strip dating back to 1957. Feiffer wrote the screenplay to Bernard and Huey in 1986, which is now finally a film.

Director Dan Mirvish and Star Jim Rash will be present

for a post-screening Q&A. 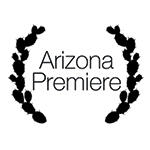