A very amateur dramatics group led by Dorset, England Bus Drivers spent a year creating a serious stage adaptation of the sci-fi, horror film, Alien. but, after their village-hall show is a crushing flop; it seems their hard work was for nothing until fate gives them a second chance to perform their homemade homage in a West End theatre, for one night only.  With wobbly sets, awkward acting, and special effects requiring ‘more luck than judgment.’ Will it be alright on the night? 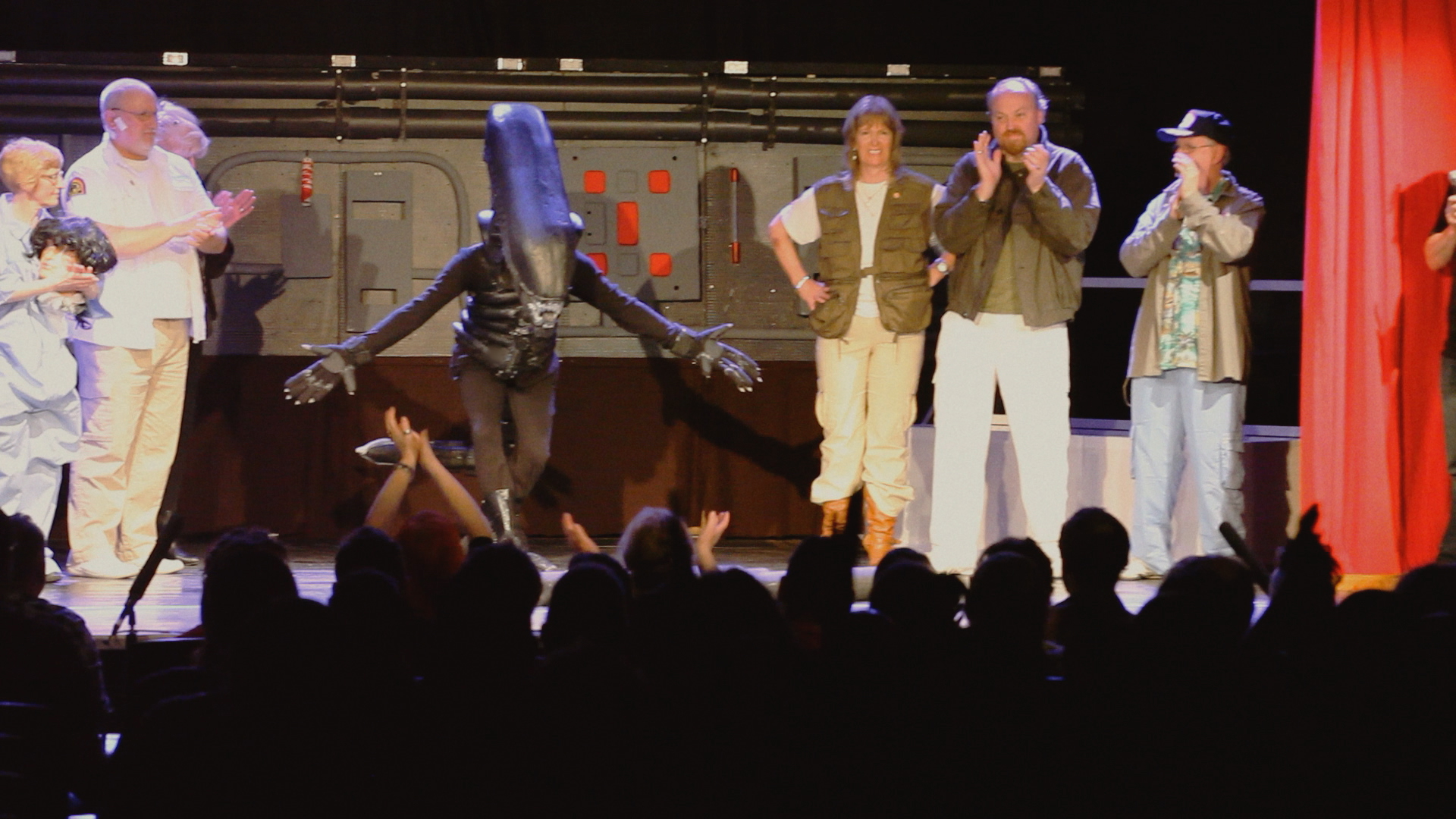